Spain international Alvaro Morata is up to prove his worth to Chelsea after the club spent a club-record sum of around £70m to pursue his services from Real Madrid this summer. 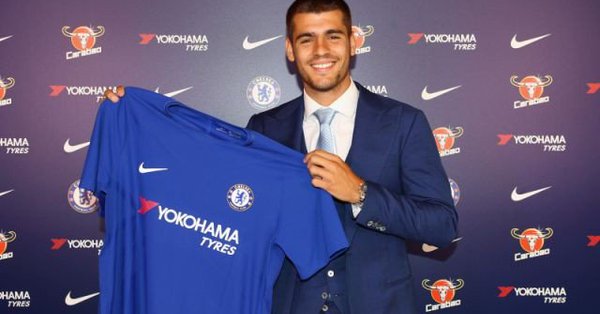 The 24-year-old had a horror show in his cameo appearance in the Community Shield defeat to Arsenal after he missed the crucial penalty to keep his side alive.

Since then, he has been the subject of strong criticism from the fans as well as pundits, but Morata feels that it motivates him to work harder to prove his credentials in the Premier League. The two-time Champions League winner has also set a target of 20 goals for the current campaign whilst suggesting that he is better off than other strikers who score 35 goals and win nothing.

“I admit it’s a very big amount, but I have the personality to play quietly and go my way. I have had only two pre-season games, 15 competitive minutes and a missed penalty … and they’re already killing me, so I know what’s ahead. It is the price that must be paid for such a large transfer. And it’s something that motivates me and makes me work harder every day. I know twice as many people are paying attention to me.I want to score more than 20,” he told Marca.

Despite being a regular on the bench for Real Madrid, Morata bagged 16 goals in the Spanish La Liga last season as they clinched their first La Liga title in five seasons. The Spaniard is not fully fit to take part for Chelsea from the start, and he could be expected to play another cameo role off the bench until he gets the feel good factor. A number of pundits have already deemed him as a downgrade to Diego Costa, but the former Juventus man is prepared to step up to the plate in order to retain the Premier League title this term.